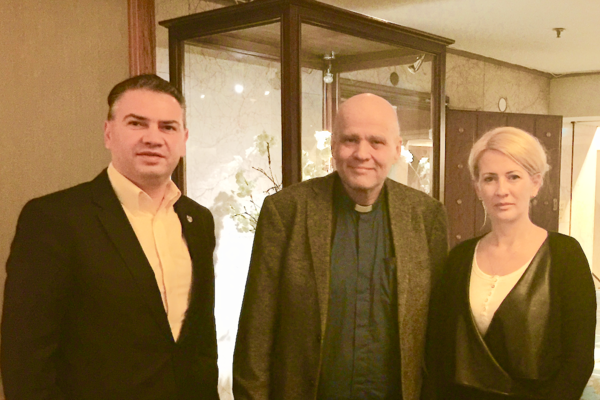 Just twelve hours after the prophetic decrees of prophet Chuck Pierce in Oslochurch, Jan-Aage Torp received a phone call from Romanian Senator, Dr. Ben-Oni Ardelean, who had come to Norway on an official mission from the Senate and Parliament of Romania to support the Bodnariu family who have lost their five children to the infamous Child Protection Services in Norway, «Barnevernet»

- Dr. Ardelean led the group of nine senators and MPs, including former Foreign and Justice Minister Dr. Titus Corlatjan. They  spent the whole day in Oslo, and I was with them the whole time, doing my best to connect them with the Norwegian government agencies,  says Jan-Aage. - It is incredible to see the passion these top politicians have to help this family in need. Very unlike the negative attitide that Norwegian politicians are showing at the moment.

At the end of the day, Jan-Aage Torp was invited to a reception at the Romanian Embassy in Oslo, where he was interviewed by national Romanian television.