Spoke about Family Values on Antena 3 in Romania 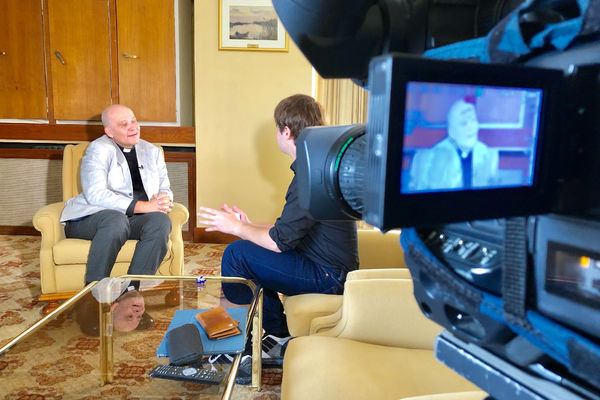 He was leading a session of European Apostolic Leaders (EAL) in the Romanian Parliament in Bucharest when the second largest TV channel in Romania approached him.

EAL was hosted in the Romanian Parliament by the Vice-President of the Parliament, Dr.Ben-Oni Ardelean.