Menu
World/Archives/Pch24.pl reports from Council of Europe in Strasbourg

Pch24.pl reports from Council of Europe in Strasbourg 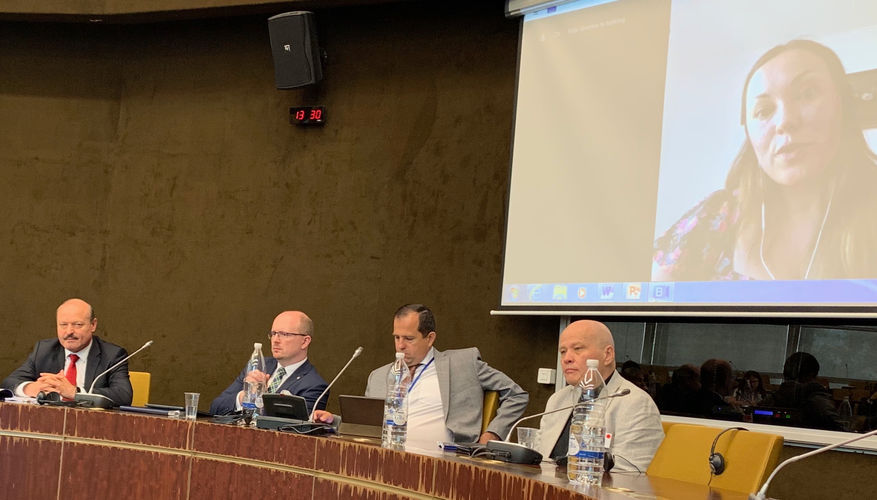 (Translated by Google Translator)
In Norway, there are numerous violations of human rights, especially the rights of the child and the family. He showed it, among others the case of Silje Garmo - Norwegian, who was granted asylum in Poland after escaping an unjustified interference in her family life from the office of children's affairs - Barnevernet. This issue was the main topic of the meeting in Strasbourg, which was attended by politicians, experts and representatives of social organizations from various countries associated in the Council of Europe. Representatives of Ordo Iuris also presented the assumptions of the report on systemic violations of human rights that are associated with the functioning of Barnvernet.

The event took place during the summer session of the Parliamentary Assembly of the Council of Europe. It was organized by Valeriu Ghiletchi, Vice-President of the Moldovan Parliament during the 2014-2019 term, and the Ukrainian parliamentarian Paweł Ungaryan. The initiator of the meeting was Jan-Aage Torp with Kristen Koalisjon Norge. Valeriu Giletchi is the author of the report adopted by the Social Affairs Committee of the Council of Europe, critical of the oppressive Barnevernet system. This document, which was widely heard throughout Europe, was the result of a well-known case of the Romanian-Norwegian Bodnariu family, which - as it turned out without foundation - was taken away from five children placed in three different foster families. A report by a Moldovan politician helped the Polish government consider positively the case of Silje Garmo - Norwegian, who, together with her daughter, was granted asylum in Poland. The politician, at the invitation of the Ordo Iuris Institute, participated in last year's Human Dimention Implementation Meeting organized in Warsaw by the Organization for Security and Cooperation in Europe.

The event in Strasbourg was attended by representatives of Ordo Iuris - President of the Institute, advocate Jerzy Kwaśniewski, advocate Filip Wołoszczak from the Center for Process Intervention and legal advisor Bartosz Zalewski from the Analysis Center. Mec. Kwasniewski presented the actions that Ordo Iuris undertakes as part of the public debate on the Barnevernet system. He also told about the help provided by the Institute to people who have experienced unjust interference from this institution.

The assumptions of the report on the operation of Norwegian Barnevernet prepared by the Ordo Iuris team were presented for the first time in a public forum. The report presents the legal basis and practice of this office, developed on the basis of months of research, which were associated not only with the library query and analysis of dozens of decisions of international and Norwegian courts, but also with a visit to Oslo, during which a number of meetings with victims' families took place, experts and local social activists. After the presentation, a discussion took place which allowed to consult the content of the main theses of the report with outstanding experts on the issues raised in it. The importance of the report prepared by Ordo Iuris was particularly emphasized by Valeriu Giletchi, who stated that only international pressure can lead the Norwegian authorities to change their policy towards families and reform Barnevernet.

Filip Wołoszczak outlined the history of asylum proceedings conducted on behalf of Silje Garmo. The Republic of Poland granted asylum protection to Norway and her daughter due to the fact that their fundamental rights, guaranteed by international normative acts, were violated by the Norwegian authorities. The Norwegian Ordo Iuris Institute helped asylum seekers. Representatives of the Institute also listened to the ongoing discussion in the Parliamentary Assembly of the Council of Europe regarding the implementation of the provisions of the controversial Istanbul Convention, which, under the guise of combating domestic violence, promotes solutions in the spirit of gender ideology.

- There are cases of gross violation of the rights of families in Norway. As the Silje Garmo case shows, the tragedies of families in which Barnevernet's life unfairly and deeply interferes have a chance to end positively. It is good that such matters are raised internationally - noted adw. Filip Wołoszczak.

In the coming weeks, the premiere of the English-language version of the report prepared by Ordo Iuris will take place. This is the first such in-depth analysis of Barnevernet's activities from the point of view of the international system of human rights and children's rights.
Read more: http://www.pch24.pl/norwegia-nagminnie-lamie-podstawowe-prawa-czlowieka--miazdzaca-ekspertyza-ordo-iuris,69338,i.html#ixzz6M0jNZCFI